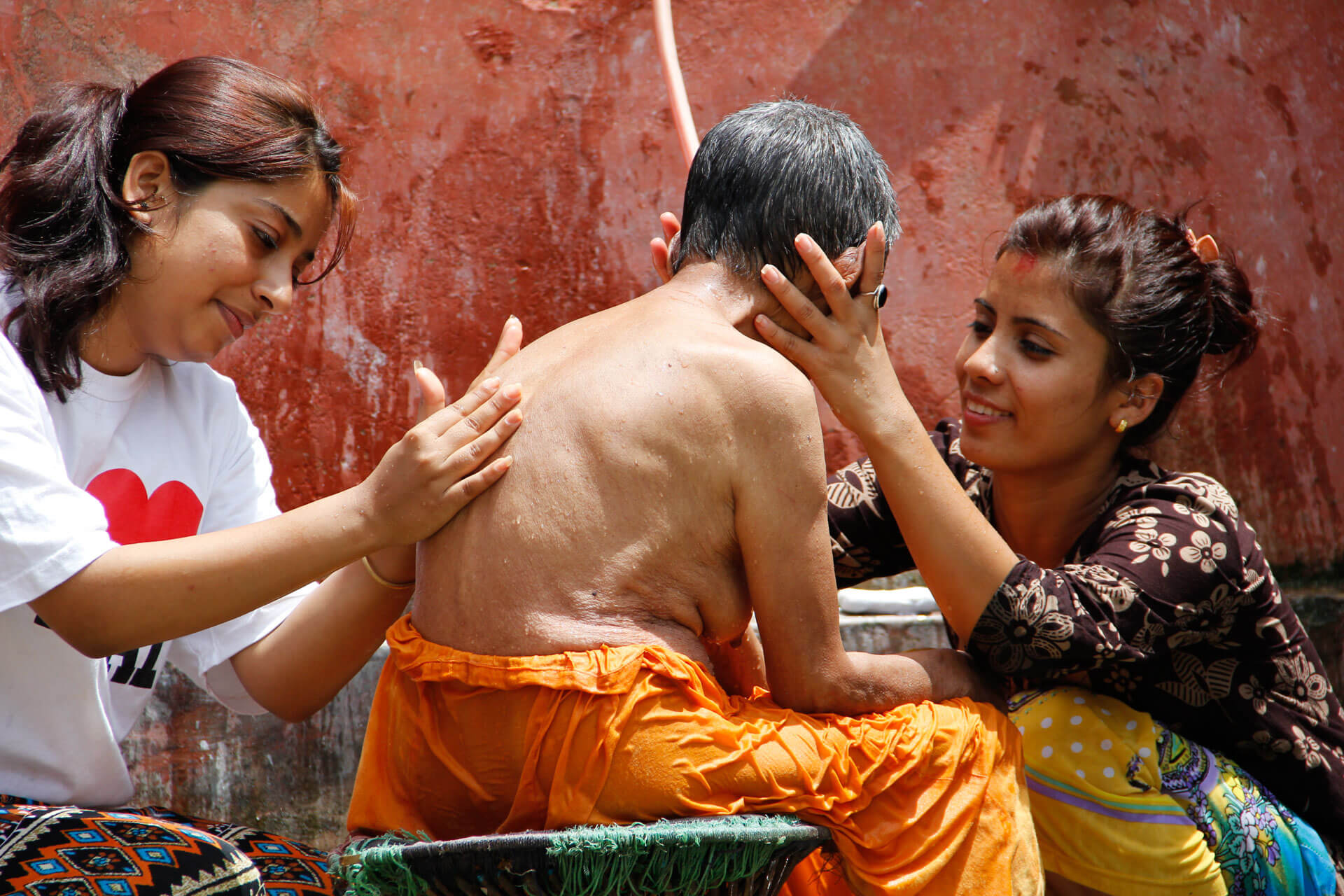 I was headed to Nepal and planned to visit some of the projects we were engaged in. My partner Hemu had recommended we help Ramji Adhikari and the homeless home he had created. Hemu is a nuts and bolts guy, good with numbers and great with people, but not as good with sharing the stories that help us raise awareness. Meeting Ramji was a great example of this. I want to share his story with you and then you will understand why this man is such a great man and someone who I am proud to be working with.

While driving the streets and roads of Chitwan’s towns and rural areas, Ramji could not fail to notice the human trash left on the side of the road. What could he do? So Ramji asked his friends to help gather the homeless. It was to be a big picnic and so after they were gathered together everyone was bathed and groomed and given new clothes. The food was delicious and these people had just been given a glimpse of heaven. Alas after being fed most of them were then dropped off where they had been living back on the roadsides. Ramji could not sleep that night and realized he had not done enough. So he founded his Ashram for the homeless. Through his doors have come men and women that are mentally challenged, women who were gang raped and physically and emotionally devastated, and anyone left homeless or orphaned, also there were people who were dying. When I first visited in 2016 he had just started his second home. Now in 2021, he had 17 centers helping 1100 people. He had also over that time rehabilitated many who were having mental or physical challenges so they could be sent back to their families who were then able to with instruction care for them. We have worked with Ramji in other projects. He was the leader of our Teacher Training Program and when he needed our help to feed the many hungry families left on the streets from the complete shutdown because of Covid 19, we raised money to help run his food truck program.