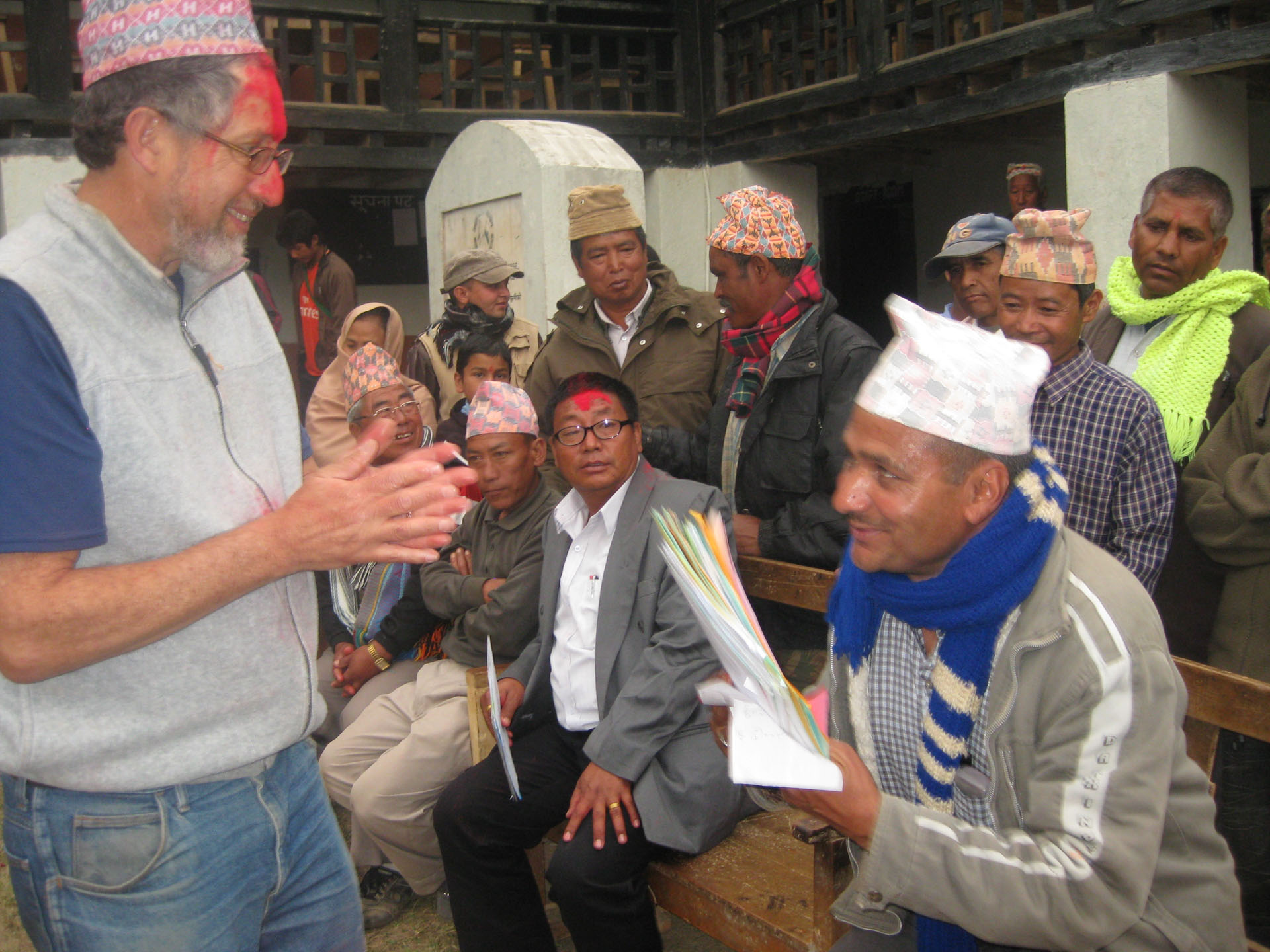 The program is designed as both a cultural exchange and a chance for local schools in the Tampa Bay area to support education in a 3rd world country.

Global Action Coalition with the partnering of Independent Day School began the Sister Schools Program linking schools in the Tampa Bay area with village schools in remote areas of Nepal.

IDS Head Mistress Dr. Joyce Swarzman immediately understood the importance of exposing the students of her school to what life is like in a 3rd world country. When Rob Rowen, President of Global Action traveled to Nepal in early March he carried artwork created by the students of IDS along with school supplies and enough money to start feed a village school for a year.

The 2 murals created by students from the 3rd and 5th grades found a home in the Bharse Valley of Gulmi schools and the school and art supplies were divided among 4 village schools there. The lunch program that was started with this money has been a major success in other parts of Nepal and Global Action has seen a 30% increase in attendance and higher test scores as a result of this.

In a country where 50% of the children suffer from malnutrition this is an important step in supporting this countries education and children. A giant thank you to IDS, it staff and students and leader Dr. Joyce Swarzman for piloting this program. A 5th grade student wanted to support the work we do and she came up with a novel idea. She sent art supplies with me for the purpose of creating a drawing that we could use on a T Shirt. She has developed this and we are selling the shirts for $18 and the proceeds go to the Bharse Valley Schools. Thank you Taylor.

Our second school to join this program was Admiral Farragut Academy in St. Petersburg, Florida. The raised money with their ‘Change for Change’ Program and supported the Kirantar Village School in Chitwan and their fundraising efforts enabled us to start the lunch program and sweater program for that school. They partnered with us for two years. One of the 6th grade students from Admiral Farragut wrote these touching words. “I felt guilty because we have all this stuff we take for granted and their kids may not get one pair of shoes until they’re teens. It made me want to help them more. I wanted to take part in the Global Action Coalition. I wanted to be able to give them pens/pencils and notebooks or text books. I wanted not to give them something that would last them a month or two, but to give them something that would last through their life. I wanted to give them the one thing that when they were thirty they could look back and remember I gave it to them. I wanted to give them an education. I wanted them to be able to learn just the way everyone at Farragut does.”

The third school to enlist in the program was Canterbury School of Florida and they are partnering with Pokhari School in Chitwan and we were able to provide sweaters and schools supplies with the money the children raised.

Our next school to join this program has stayed involved for many years. Academy at the Lakes in Land of Lakes, just north of Tampa. They started at first with supporting Surkhandi School an elementary school that had asked to join our lunch program. They helped fund that lunch program and helped with supplying educational supplies. The next year they funded sweaters for all the children. When the older students from Surkhandi started going to the middle school at Chandibhayang, the children from the Academy Middle School helped pay for the added costs of the lunch program there and more school supplies. They also responded to the earthquake damage by raising additional funding for the bathroom at Shree Ganesh Secondary School in Kavre.

The support has been overwhelming and the support was led by John Pitcairn head of the Middle School there.

Academy at the Lakes School
and Surkhandi Elementary